INSIGHTS AND TIPS TO HELP YOU MANAGE UTILITIES BETTER 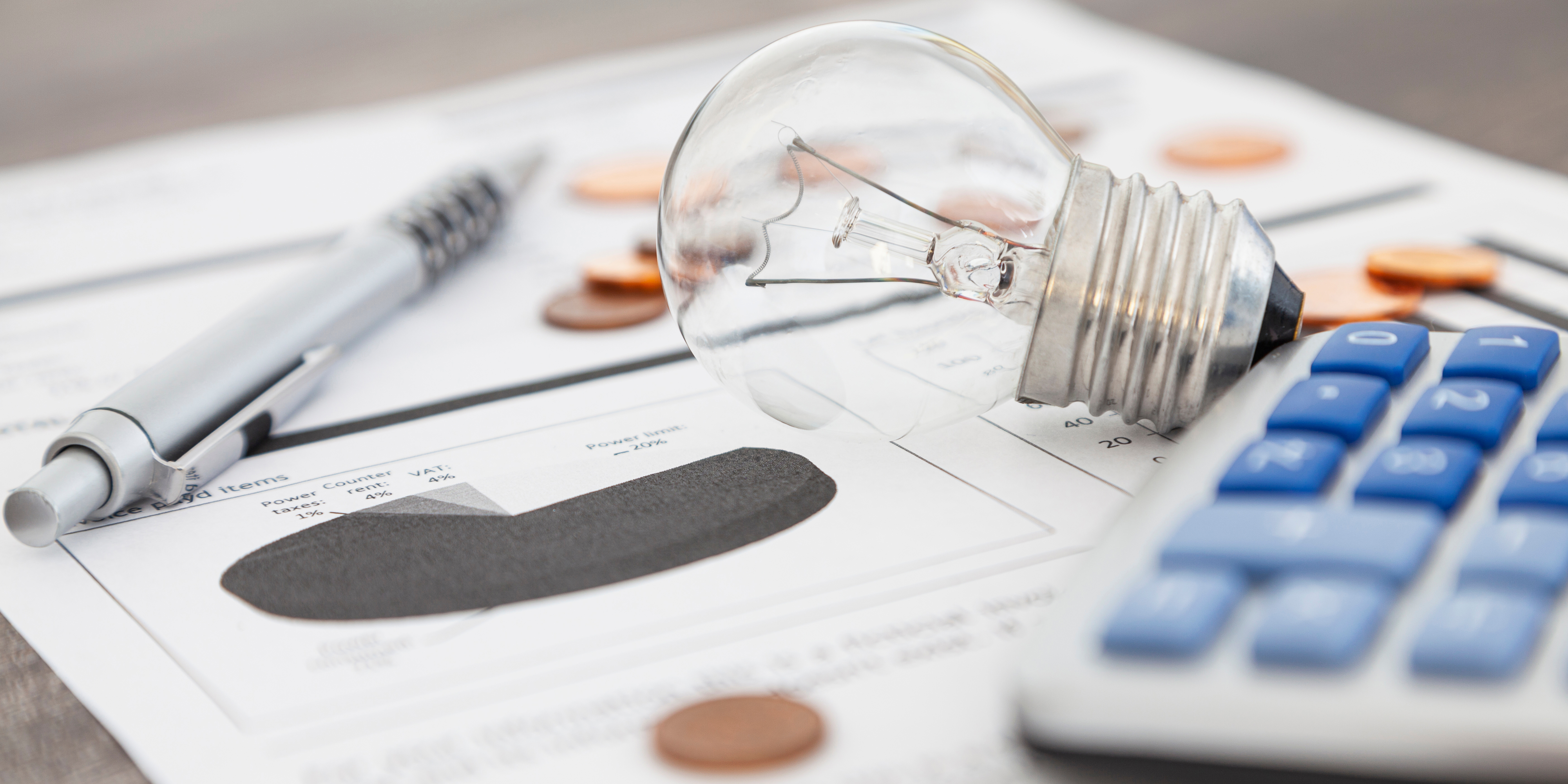 As the headlining big numbers that affect our lives and our businesses get bigger, the quieter goods and services that stand on top of them begin to shift in hard to nail down ways.

Consider a recent exchange of power.

The cost of building materials rose 20% between 2021 and 2022—and that climb was on top of an already hiking year-over-year trend. With new construction stalled out, multifamily rents climbed throughout the US, and an increasingly large number of young people moving out for the first time felt priced out of independent living.

The result? Manufactured housing—formerly an awkward guest for the college-age market, suddenly found a footing. Fresh off a COVID-induced year of innovation, manufactured housing providers were well-positioned to handle the supply shortages, and the industry was able to take a bite out of what has traditionally been the principal domain of multifamily housing. While apartment rent has climbed approximately 22%, the entry-level costs of manufactured housing have only risen around 7% in the same time period—and the number of people 18-22 years of age entering the manufactured home market grew 3%.

Cost pressures move the market. The market pressures the providers. The providers innovate, and the pricing structures branch again.

In the space between the drum beats of inflation, labor shortages, and supply chain disruptions, another much less subtle but far more impactful cost is rising, and the exchanges of power and market pressures it will inflict will be hard to predict.

Here, over the next several hundred words, we’re going to take a look at the ways utility costs have already changed, how those changes have affected the rapidly growing Multifamily market, and the ways that the costs of energy, water, and waste will almost certainly continue to rise in the years to come.

Why is natural gas shooting up?

Nationally, utilities have been steadily rising across the board since 1990—a result of the same macro pressures that fuel everything from inflation to wage increases. But a cocktail of recent interdependent system spirals have led to a sudden and unprecedented hike in the cost of natural gas. Just how unprecedented a hike you may be wondering? The graphics included below pretty much sum it up.

Why the shift? The low-hanging fruit, of course, are the major geopolitical events sweeping the market. Since 2019, the U.S. has been steadily increasing its natural gas exports to Europe. In 2021 alone, the U.S. exported 2.4 billion cubic feet of LNG to the U.N. And between the violence and economic stagnation in Ukraine and the international sanctions against Russian exports, Europe’s reliance on U.S. oil is projected to increase dramatically in the coming months and years. This year, the BCF of U.S. natural gas exports to Europe has already increased by 15, with that number projected to rocket to +50 by 2030. That kind of demand engenders a far more competitive international price for oil than our domestic market, which has and will continue to put upward pressure on the cost of natural gas.

But international demand is only part of the story. Domestically, there’ve been several pro-environmental governmental policy and infrastructural shifts that have also pushed the costs up. As state and federal policies favoring renewable sources of energy have emerged, coal power plants across the U.S. have been or are slated to be retired.

While these initiatives have risen from an overarching desire to reduce our reliance on fossil fuels, the immediate and short-term effect—counterintuitively—has been a sudden and abrasive shift toward the use of natural gas to produce electricity. Longterm, the hope for many communities may be a sustainable and permanent reliance on renewable sources of energy. But right now, with renewables supporting only a small percentage of the national power grid, natural gas is rapidly becoming the only game in town.

Which results in a tragic kind of spiral. As power continues to become more reliant on natural gas, the price of gas goes up. And as the price of gas increases, the cost of electricity will also continue to rise.

When power piggybacks off gas

So, to summarize, pinioned by a series of coal power plant closures and reliant on a natural gas supply that’s being pressured by a general national rise in inflation and explosive demand in Europe—the cost of power is going up.

Earlier this year, benchmarks showed a worrying 8% punch-up over the previous year's prices, and that number has continued to rise into 2022. It’s a troubling trend because, as this article’s core premise contends, change causes change, and just as the price of electricity is unhappily tethered to the already rising price of natural gas, an unimaginably huge number of goods and services, from production to transportation to use, are directly tethered to power. In the intricate kaleidoscope of our economy, the graphical lines that represent costs are a spiderweb, and the price of electricity is very much at the center of that web.

As a utility management company, we have a front row seat to the way recent trends are hitting the multifamily industry. Electricity often makes up the lion's share of aggregate utility expenses, but the margin it’s achieved in 2022 is an unprecedented hike. In San Diego, for example, the average per unit cost of electricity is just over $400, with electricity making up more than $300 of that expense. It’s a two-thirds plus ratio that we’re seeing in cities all over the country:

How to mitigate the hikes?

First and foremost, you can increase the efficiency of your usage. Sustainability retrofits, usage audits, and even the rigorous auditing of your utility bills to avoid provider errors and eliminate late fees adds up. Industry audits, and our own ESG services, have determined that just by establishing a process that consistently reviews and tracks utility usage, businesses tend to decrease their usage by 7% over three years.

But believe it or not, there’s a subtler and possibly just as impactful option available to many property owners. There may be more competitive utility rates for your property. Many owners believe that the rate they agreed to when they took over the property is the flat and established rate that the provider has to offer them, but most providers have a variety of utility rates and may have either incorrectly slotted you into a rate that’s more expensive for the nature of your property, or may have grandfathered you into a rate that isn’t suited for your units. Our legal team provides services to identify such opportunities and has saved many of our clients tens of thousands of dollars just by auditing their provider rates.

Inflation, international tension, and supply-chain disruptions have firmly established that volatility is the new norm. And the interconnected push and pull of macroeconomic forces will likely continue to self-feed a spiral of codependent price rises between utilities and the services that support and rely on them.

If you’re looking for a partner that helps more than 6 million service locations navigate rising utility costs and maximize the value of their utility usage data, reach out to Conservice. Utilities are what we do.

Keep yourself ahead of the curve with the latest utility news, trends, and resources.

How to Conserve Water as a Landlord | Conservice

You might be wondering why conserving water is necessary, or who is truly affected by water conservation efforts? Many are under the impression that...
Read More
Sep 2, 2021
Conservice

Property Owners Overpay on Utilities by 15%

Property owners across the nation are overpaying for their utilities by way of ineffective provider rates and errors. Utilities are one of the...
Read More
Sep 24, 2021
Conservice

In today’s economic climate, it’s becoming glaringly evident that retailers need to save money to make money. While there may seem like endless...
Read More

Start your most positive connection

Contact us today! Get a demo to see how you can remove the burden of utility management while reducing your costs and energy usage.